Luthier classical guitars are mainly oriented towards academic music, for which they are played inside rooms, often without amplification. This makes these instruments very demanding ones, as they have to provide maximum volume, tonal clarity and comfort for the player. To achieve this, the best woods have to be combined with a good making technique, which is why a top quality Luthier classical guitar is the best option.
In Guitarras Fuentes we have several classical guitar designs made by professionals from which you can choose the most appropriate style when playing a particular musical composition.

The traditional classical guitar is a design from the first years of the 20th century, based on the guitars of Antonio Torres, Manuel Ramírez and Santos Hernández. At that time, the guitars used for flamenco music and for classical music were the same. Therefore, the differences between classical and flamenco guitar were not taken into account, generally calling “Spanish guitar.” Later on, this guitar underwent numerous changes when being manufactured, adjusting itself better to the interpretative forms of each type of music.

Another type of guitar that we offer you is the so-called “’60s”, which is based on the guitar of Ignacio Fleta and Trevor Gore.
The most modern design would be the so-called “21st century”, which combines the characteristics of a guitar sound with a great volume of deep sounds and sound projection. These guitars use a “radial bracing”, giving predominance to vibration modes 1 and 2.

Sometimes, we often find these two names in the guitar market: concert guitar and studio guitar. This is a commercial strategy in which a ranking of guitars is made where some are made of more noble materials and with a higher degree of control in their manufacture than others

This would not make much sense in handcrafted classical guitars, since the craftsman spends practically the same amount of time building a guitar with good materials as with those of lesser quality, which would compromise the result of the instrument without a significant difference in price. 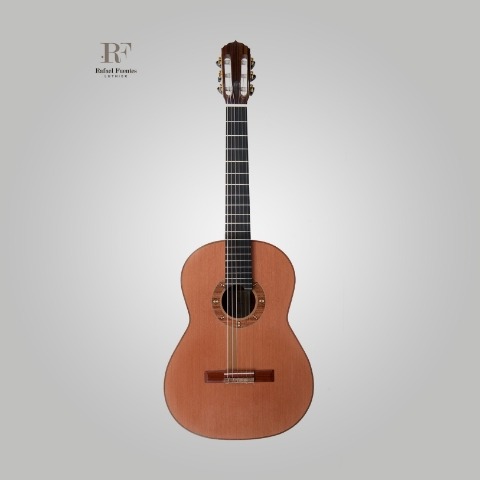 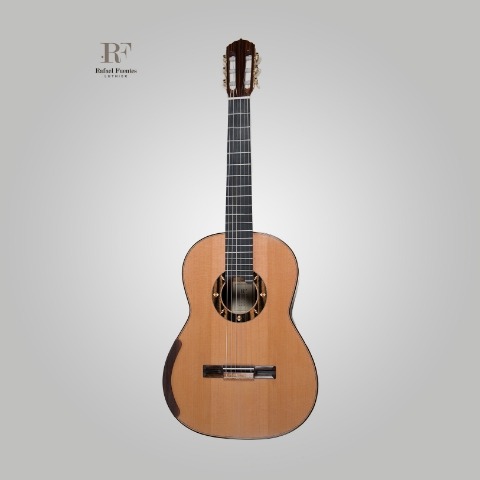 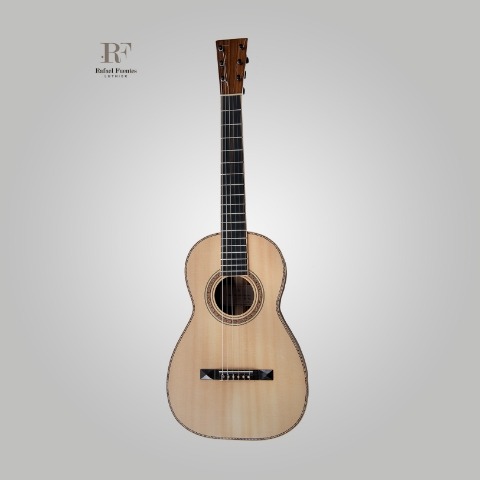 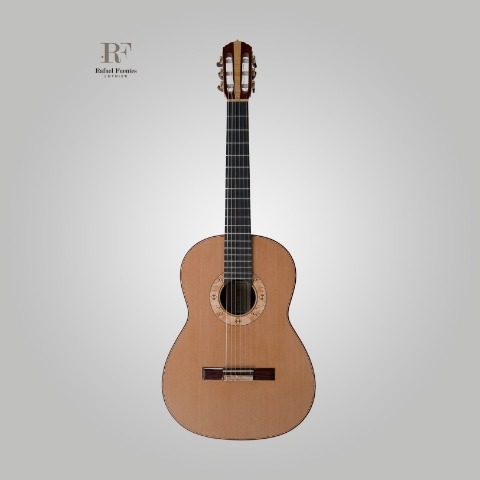